11 replies to this topic

The NRA is claiming that it may go bankrupt!  What a horrible thought!

I suspect it is all a sham just to get more contributions but it kinda puts 2Arses/Chipshot's recent claims that the NRA is gaining members and doing fine down the drain.  No surprise there, he lies about everything.

I am a proud Veteran and gun owner but the NRA is a disaster and should go out of business!

So the NRA can get in line with California, Obamacare, New York, Calpers, STRS, Al Sharpton, the US government, and General Motors to wait for that government handout.....?  Hey, that sounded kinda weird.  The NRA does not matter, it's the 2A that matters and will not be changed by you "living constitution" fan boys.  Not ever.   And if the NRA goes belly up it just frees up Ted Nugent to run for President.....!   Now that would be so cool.....!   Cat Scratch Fever in the White House and shooting clays off of the Lincoln Bedroom balcony....!   Chris

NRA is not going bankrupt. They are suing NY for damages and list all the ways the actions of NY could/will hurt their financial position. This has to do with insurance I believe.

NRA is not going bankrupt. They are suing NY for damages and list all the ways the actions of NY could/will hurt their financial position. This has to do with insurance I believe.

Think you are right.

Here's the latest on the NRA.  Seems like they are having some real financial issues.  We could only hope!

Here's the latest on the NRA.  Seems like they are having some real financial issues.  We could only hope!

Maybe if Planned Parenthood, the ACLU, the Southern Poverty Law Center, MoveOn.org, Antifa, By Any Means Necessary, Industrial Workers of the World, and the Sierra Club were in financial trouble you'd be less happy....?   Maybe even distraught...?   The NRA was and is a total target by all the big leftist money (think Soros, Bloomberg, and the US government under Obummer) and any attorney in the NY State Government, and the left wing MSM in totality except maybe FOX.  The fact that they still exist is great and encouraging....!  Problem with leftists is that they destroy anyone or any organization that disagrees with them.  Never understood that...   They don't want to have a "conversation"....   They just go for the throat and total destruction.  Good thing the side with all the guns, like those in the NRA, like me, an NRA member for 25 years now, do not have that attitude.  If we were like you, you would be in real deep trouble....!  Good thing conservatives are way more tolerant than liberals.  And the funny thing is that for every NRA member like me I know 2 more guys who refuse to join and just fly under the radar.  And no, they are all not middle aged white guys like you are thinking just now.  You'll never know them, they are the "gray man"....   Unnoticed.....  And you will never get their guns until they are done, and that will take a lot of courage and pain to do so.   Think about that....   Chris

You guys should see the machinations from the outside.

A leftist gets elected, the NRA has a "Gonna take your guns way!" campaign,
and sales skyrocket.

Morons are left with a bunker full of guns they will never need or use.

Whoops! Another leftist gets elected, and the cycle starts all over a gain.

I have a relative who falls for that.
He has a stockpile of guns worth over $12,000.

Never had a burglar try to rob him.

All that money and ya don't even get to shoot anybody!

Maria Butina about to plead GUILTY in NRA contacts.

A native of Siberia, she founded a group to expand gun rights in Russia, a profile that allowed her to develop relationships with U.S. conservatives intrigued with her work. Prosecutors said Butina, 30, stepped up her activities after moving to Washington in September 2016 to attend graduate school at American University.

The 22 percent drop in membership revenue — from $163 million in 2016 to $128 million last year — is striking given that the NRA increased its membership dues in March 2016 for the first time in decades (and then raised them a second time last summer!

6 MILLION AND GROWING!!:  NRA Memberships soar past the 6 million mark.  GREAT story below.  Man, I've lost count of all the Trump successes!!  Sorry, Libs... go have a nice cry.  Donate to the NRA today!!  Our 2A rights are under assault by America-hating Libs.

I think the NRA and gun rights advocates are just fine in Virginia.... 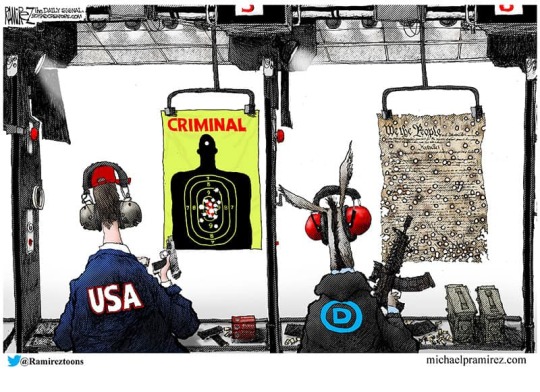