And you know, I can not find a video that will be allowed to be posted here, how weird is that...?  Another vast left wing conspiracy I am sure...

Well, what difference does it matter now...  Anyway, go to youtube and type in:   Joe Biden Brags about getting Ukranian Prosecutor Fired

Ask and ye shall receive:

What? No response from Vin? I have heard a collage of corporate media calling this a conspiracy theory (despite video evidence directly from Biden) while going full tilt at Trump before the transcript was even released...  <sigh> just another day in the corporate media meltdown. They talk about Russian collusion, how many votes has the corporate media swung with it's incredibly biased reporting?

That's it Joe....!   Thanks...!   Apparently only you and I have seen it and no one else in the country.  Looks like the MSM surely has not or has deemed it "fake news", not worthy of being reported on.  So odd that democrats and the MSM ignore this story, low hanging fruit that it is...!    Oh, silly me, they are and the same....   MSM = democrats, they should stop calling themselves "journalists".      Chris

Actually, if you have and open mind and look into the facts,

the minister who was removed in Ukraine was a well-known crook, who

received pressure mostly from the EU and International Monetary Fund,

due to his abuse of finances.
The case against Biden's son was investigated and adjudicated without charges.

No doubt Hunter Biden is a basket case, but it was not the kind of strong-arm tactics

used by Trump against Lysenco.

And besides, that is a totally different matter than the president

Remember, if Lysenco, or any Ukraine official broke the law for Trump,

it would a security nightmare for Trump, as they would then have power over him in being able to disclose a crime.

Funny, I have not seen a single leftist (Tio V.) here or a TDS hater (f-bound) mention that Joe Bidens son was making $50K a month on the board of a Ukranian power company while his dad was VP of the USA and that Joe Biden had the lawyer investigating his son fired in 6 hours with the threat of no US aid to the Ukraine.  Joe got his point across and in 6 hours the dude was fired.  Wonder if Schiff for brains is gonna bring that one up or the so called "journalists" of the MSM....?   Low hanging fruit that story is but no news agency has run with it, and for years....?   I am confused...?   Come on "journalists" do your job....!   Or is that large "D" after anyone's name stopping you from reporting the truth, the dirt, the real crimes of the democrats...?  I want all the dirt, on Republicans and Democrats so we can fire their behinds.......   Give me just one side of the story, your selective news, and no way will I ever trust you to tell me the truth.  Bye CNN, MSNBC, ABC, CBS, NBC, NPR, NY Times, WaPO, HuffPo, and even our local KCRA3....   You have failed at your prime directive, tell the truth, the whole truth, all the facts, without bias, and let the American people decide.    Chris

Bye CNN, MSNBC, ABC, CBS, NBC, NPR, NY Times, WaPO, HuffPo, and even our local KCRA3....   You have failed at your prime directive, tell the truth, the whole truth, all the facts, without bias, and let the American people decide.    Chris

Surely you have found something more reliable than Breitbart or Infowars (hopefully!) 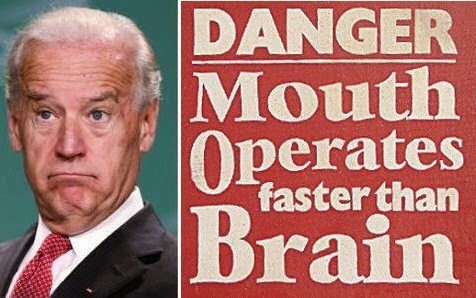