The annual report ranks cities based on the number of violent crimes and property crimes per 1,000 people living in a city.

The top three cities in the state are Danville, Irvine and Rancho Santa Margarita.

While Danville ranked at the top of the Safest Cities list, Oakland ranked last at 228.

Draw any correlation from that Tio Vinny....?   Think about it...

What do all those cities have in common, the safe ones....?

Run by Republicans pretty much, conservative, business friendly, and have a higher percentage of the population that attends or identifies with an established religion.

The "S"hole cities, the unsafe ones, are sanctuary cities, broke, not business friendly, and are all run by far left democrats and for decades if not forever.

There you go...!  Enjoy the rest of your day thinking about that.

Maybe you forgot California state, run by Democrats - - the 5th largest economy in the world.

Hey, but don't let facts get in the way or your arguments.

Maybe you forgot California state, run by Democrats - - the 5th largest economy in the world.

Hey, but don't let facts get in the way or your arguments.

And California State, a Trillion in debt (hidden of course), people leaving every day, more than come in, at least producers, we in CA have the most homeless (50% of them for the nation).....  And the most welfare recipients for all of the USA, yep, thanks democrats for attracting more welfare, section 8, snap democrat voters to this state, well done...!

You still want to go there, what you said above....?    CA will be broke in 5 years at most, home values are going down, taxes will go up, more working (producers) will leave and more takers will arrive.....   Death of a once great state.  Try and get fire insurance anywhere outside of the city now a days, yep, can't afford it.  State failure.   Oh, and they (CA) want's to levie a "Fire fee" in addition to what you already pay in taxes.  This is because the eco nazis (full re-tard democrats/progressives) have made it impossible to cull the forests, cut down under growth, rake pine needles from your yard (just ask Lake Tahoe folks).  Yep, you liberals have it all right, have not made any mistakes....!    What you should have done is study the first peoples forest managment for the last 10,000 years....  Yep, that answer was right there and you ignored it....!

Sad thing is that you know in your heart, reality actually, that I am dead on correct.

Fool yourself if you like, the rest of us are not buying it....!   You should have just not responded, would have been the better choice.  Your examples above are just pure fantasy and ignorance of the facts.

Migrants from the Golden State could change the character of their new homes.

But now the state is at an inflection point, between its history as a ruby-red conservative stronghold and its future as a more mixed state with blue metros and red rural areas. 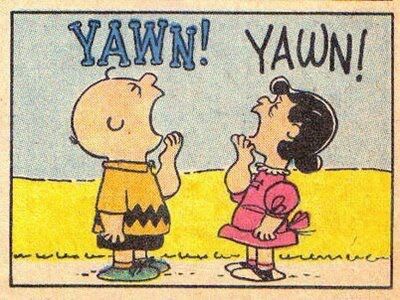 Well, a lot of those idiots can't link the fact that they have been voting democrat for the last 30 years and the homeless, the drugs, the debt, the dysfunction in Sacramento, voting to kill the 2A, voting for democrats all the while.   Then they realize they live in a poop ridden, high taxation state with the roads and services going to Hell....!   They move to Texas, Idaho, Tennessee, Oregon, Washington and continue to vote for democrats and turn the states they moved to pure blue or purple.  They will get the same poop and high taxes once they start voting democrat there...   The cycle of degradation, dysfunction, harm, and damage that liberal democrat politicians do begins all over again....!