13 replies to this topic

This picture is from when he was in one piece.   Not anymore....!

Thank God for a POTUS who does not bow to our enemies and apologize.....!

The PMF blamed the United States for an attack at Baghdad International Airport Friday.

There was no immediate comment from the U.S. or Iran.

A senior Iraqi politician and a high-level security official confirmed to the Associated Press that Soleimani and al-Muhandis were among those killed in the attack. Two militia leaders loyal to Iran also confirmed the deaths, including an official with the Kataeb Hezbollah, which was involved in the attack on the U.S. Embassy this week. 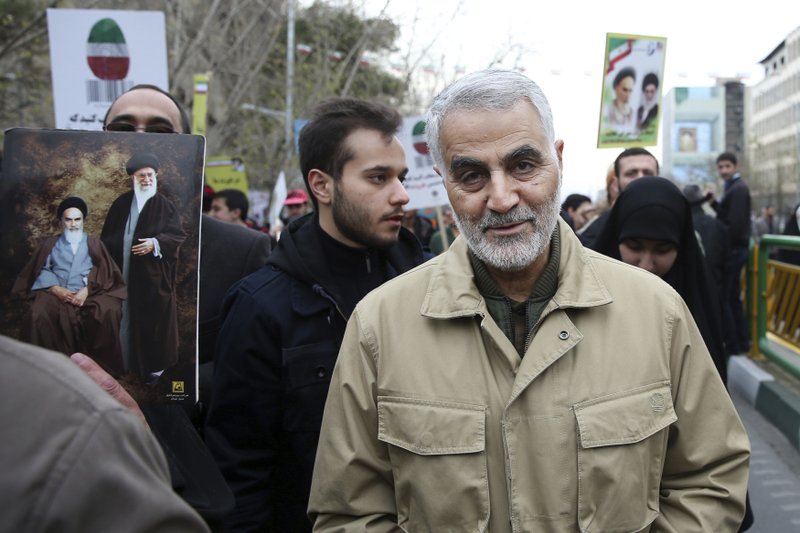 Oh, and this guy was responsible for the "copper penetrator" technology transferred to the Iraq's to kill American armored vehicles....   Yep, responsible for the deaths of some 600 US troops.   My the Devil embrace this scum....!  Burn in Hell you Basta__rd.....!

And reason 1000 why the WaPo is such garbage... First they refer to ISIS leader Abu Bakr al-Baghdadi an “austere religious scholar” They are now calling Qasem Soleimani, Iran’s “most revered military leader”  <golf clap> for brilliant journalism... Followed by another great effort from the NYT on the religious/ethnic cleansing that China is doing to the Uighurs. Over 500,000 Muslim children separated from their parents (who are sent to re education "camps").

NYT frames it with this headline, "As it detains parents, CHina weans children from Islam"  Weans children? Like the Nazis weaned Jews off Judaism?  The NYT went all apes---e over Trump temporarily separating "immigrant" children under an Obama program. But half a million Muslim children getting reeducated? I guess some Muslims are more equal than others....

And drunk Pelosi is mad that Trump didn't notify her. Trump's response, "Why would I notify the enemy? Nancy, #@*% you." Story below. Trump once again showing masterful skills at dealing with deranged lunatics, both here and abroad. Most effective President ever.

And here is how they identified that he was dead.  A hand, severed hand, had his ring on it.  Looks like the dude was a bit of a "fancy" when it came to large rings.  Maybe he made people kiss it...?

Love that picture, Chris... even though it will trigger the anti-America, anti-Trump snowflakes. When terrorists die, it's a good day. The incredible Trump success streak knows no bounds!!

It's times like this when the Trump haters have to decide if they want to side with the US or with our enemies.

As usual, their complete and overwhelming hatred of their President forces them to denounce the killing of one of the worst terrorists in the world.

EXAMPLE #539,762 THAT LIBERALISM IS A MENTAL DISEASE

Yes Aces, and sadly we will lose more Americans before these idiots get the message.  Iran will look for soft targets as usual and then go after ships in the Strait of Hormuz.   We need to obliterate their little speed boat navy, destroy their ports, and let them know any boat leaving their shores will be destroyed.  They have something coming to them since 1979 and we have been very patient.  No more...!    Chris

Not to be outdone, The New Yorker weighs in with this glowing tribute to a notorious terrorist. Trump really broke them... or exposed them. Seriously, WTF?

They went on to describe the Qud forces thusly, “Iranian commandoes equivalent to the SEALs, Delta Force, and the Rangers, combined."

Combined? Combined? What in the holy hell was she talking about? DO people actually read this crap? Who was the editor that approved this love letter?

Robin Wright is the idiot that wrote it.

"Trump decided to kill Iran's General Soleimani in part to appear stronger than Obama was on Benghazi:"

Um, by staying awake he was stronger than Obama on Benghazi, so yeah, I guess he did "appear" to be stronger....because he was.

Below is the corpse of a man who now resides in HELL....!   And hopefully he had a painful journey in the making....! 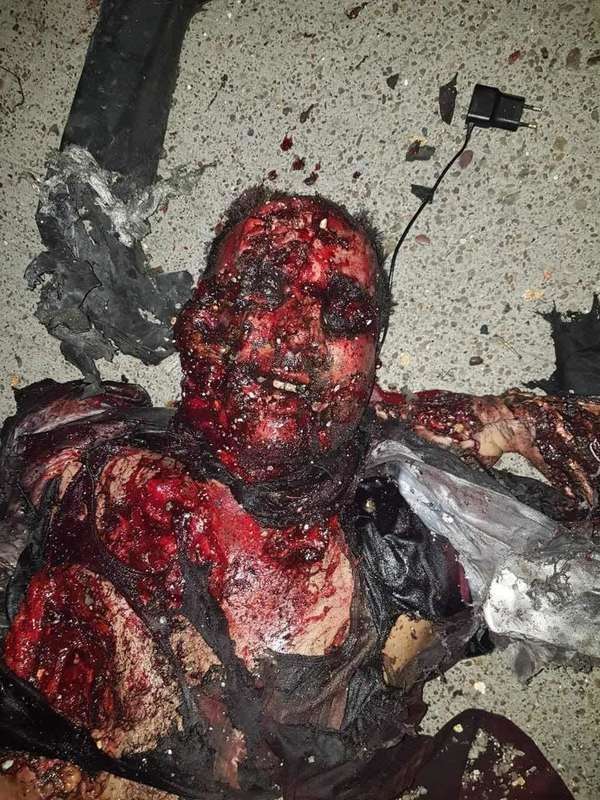 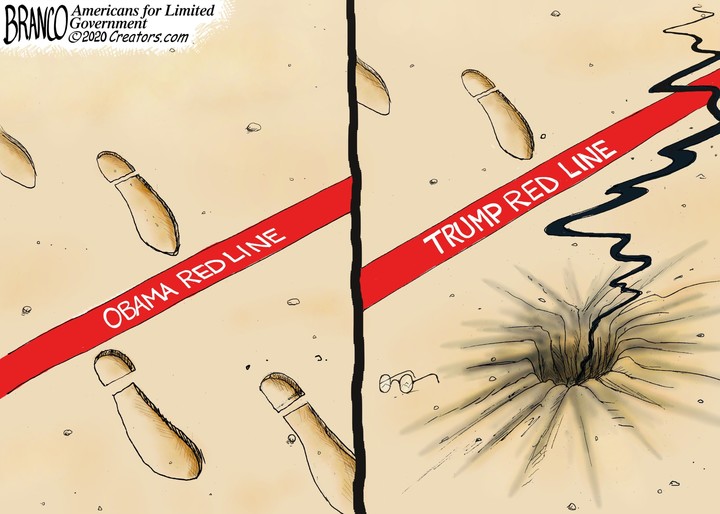 Look, the Devil is coming for Soleimani's soul.....! Love it when bad guys die a gruesome death!! 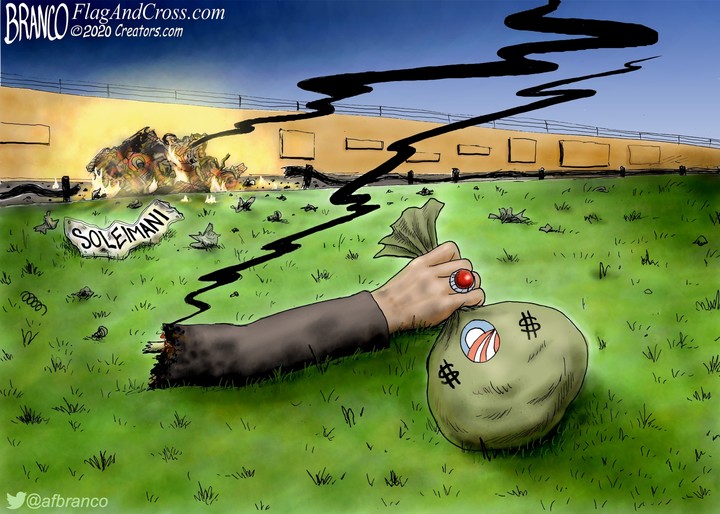