44 replies to this topic

Are we living in the "End Times?"

Many in the New Age movement are predicting the next steps.

1. Loss of faith in the government.

2. Collapse of world-wide structures and institutions.

3. Appearance of spirit beings and ETs.

4. New world order based on equality and telepathy.

I dunno, but seems like we are headed in that direction.

I'm tempted to blame it all on Trump, but more probable is that he's just a pawn in a much larger game. And who brought this on, what party, what philosophy.....?   Look hard Tio Vinny, look into your history books if you have any, and then look in the mirror...!   Yep, it's you leftists who do this time and time again. For the past 2000 years you got so many people killed trying to implement your "vision".   History tells us to be very wary of leftists promising everything to you but letting everybody else pay for it, the rich, the privileged, the elite, the corporations.   Yep, Bernie Sanders, there you are, he has no skin in the game but thinks you and I will be happy to pay for his socialist ideas, the ideas that he promises and other people pay for it.  Does not work like that, not ever.........! 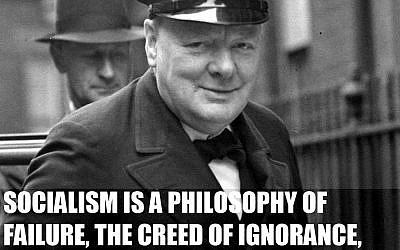 Can you deny that Trump is creating conditions that weaken our faith in government?

- Believes Putin over his own intelligence agencies.

- Lies about his dealings, lies about corona virus.

Can you deny that Trump is creating conditions that weaken our faith in government?

Yes. I do not suffer from TDS. And why exactly should I have faith in a government that has repeatedly shown itself corrupt and inept? I believe in our founding principles... I don not believe in the self-serving deep state that is running the country.

- Believes Putin over his own intelligence agencies.

His own intelligence agencies were actively working against him. I wouldn't trust them either.  President Truman, who helped establish the CIA was later troubled by them expanding their role outside of intelligence gathering into manipulation and disinformation. He said, "“the most important thing was to guard against the chance of intelligence being used to influence or to lead the President into unwise decisions.”  Gee, does that sound familiar?  But no, he does not believe Putin over his own agencies. Another talking point that sounds good to libs but falls flat on examination.

Rightly so. They are guilty of incredible malfeasance. If you are unaware of their shenanigans, you need to read more and turn off MSNBC for a week. The evidence of FBI misconduct is overwhelming.

Yawn...just like every other president...remember when Obama said there would be no lobbyists in his White House? Oops.   He had dozens including Eric Holder... so did Bush.

- Lies about his dealings, lies about corona virus.

Can't refute "dealings" as who knows what that vague term means, but what LIE has he told about corona virus. One of the most overhyped, media driven frenzies ever  concerning health. Not even the ebola scare had this much pearl clutching from the media...then again, a dem was President at that time.

NATO is a cold war era relic that was ENTIRELY dependent on the US for it's continued existence. Trump rightly had them "man up" and start contributing their "fair share". You libs like that term...except when it goes against your political leanings.

Again, rightly so. The "free press" has, and continues to beclown itself on a daily basis. Reporters now think themselves activists whose job is to influence people, not report the facts and let people decide. They hype EVERYTHING from a winter storm to what some idiot actor thinks about politics. They have FORFEITED the respect they think they deserve by breathlessly citing anonymous sources, building narratives truth be damned, and most importantly, leaving out facts that would soften or counter their agenda driven "news." I say, let the American Pravda die and be replaced by the few really good reporters left.

Wow, lots of fear and paranoia there, Joe.

I don't believe any of those "arguments."

You may not "believe" my arguments, but they ARE based on FACTS, not feelings.

Yes. What you describe is the definition of paranoia.

His own intelligence agencies were actively working against him.   That's paranoia.
Career professionals? Suddenly traitors? Nah!

the FBI?    They are guilty of incredible malfeasance.     That would be the first time in history!

NATO is a cold war era.   Tell that to our closest allies! Britain, Germany, France, etc.

Attacks the Free Press         Again, rightly so.   Good Lord, this is dripping with paranoia.
These are vetted, seasoned reporters, with college degrees.
Compare that to Breitbart or InfoWars.

Methinks the shrillness of the accusations underscores a frantic weakness in the
debate, stemming from the knowledge, deep inside, that the man is in his own mad world.

Trump is not a happy man. He lashes out at anyone comparing his fantasies to the truth.

Tell me this: Do you think Trump is a happy man?
Is he gracious and gregarious?

Clearly you are thrilled with the prospect that the U.S. economy goes into a depression which leads to millions becoming unemployed. You are jumping for joy that every pension fund that provides monthly income to millions especially those that retired from government employment, every mutual fund, every retirement account that helps people pay their bills and support consumer spending which makes up 70% of the U.S. economy crashes. Please seek medical support. Your type of joy which is based on the pain of others is a sign of a real sickness

Posting the same thing in 3 different threads does not make it true. In any of them.

See if you can get your money back for the Mind Reading course you paid for.

The original posting in this thread was a tongue-in-cheek conversation starter.

But now with the health thread deepening, the crash of the markets, and quakes off California and in Utah today,

I'm getting concerned. If we have a quake storm I'll have to apologize for my flippant attitude.

Still, I feel the events are part of a broad spiritual plan to reshape our system and bring

an age of revelation to humankind. MHO.

An age of revelation will pass us by with a whimper. How can you see the wisdom of the ages with your nose buried in your phone?

There seems to be many spiritual communities that see significance in these troubled times.

Not everyone is purely materially focused.
Many are going through introspective re-evaluations, thinking about the meaning of their values,

at a time of incredulous change.

No one can deny we are living through unprecedented times.

These will force us to rethink what is truly valuable in our lives.