10 replies to this topic

What if George Floyd complied with the police orders and remained calm and cooperative, not violent, not resisting........?   Yep, he'd be alive today and we would not know his name.  Not excusing that real bad cop but think about it....

And if George Floyd was white and died we would have never heard about it, it probably would not have been filmed...

And what if the cop with the knee on the neck was black, would everything be the same as it is now....?  Nope, not at all....

I taught my white boy sons to always, when pulled over, put your keys on the dash, ignition off, turn your dome light on, two hands on the steering wheel, no sudden moves, no mouthing off, Yes Sir, No Mam, etc....  Be polite as hell no matter how they bait you verbally....!   And when they say "Drivers License, registration, and insurance" I told them not to move and ask for permission to go into the glove box or reach to your rear pants pocket, slowly, for your wallet.   I know this because I have been pulled over probably 40 to 50 times in my life if not more........   I am alive, my sons are alive, I never mouthed off, I took insults (Burlingame, Pacifica, San Mateo cops were arse-holes) and was told to leave town a few times.   I also got moving violations for dim headlights and other BS stuff.  Yes, I met bad cops, maybe 20% to 30% of them, total (censored)s on a power trip, and all white males with a big chip on their shoulders....!

So comply, don't be a fool, don't have Meth, Fentenyl, and a few other drugs in your system like George Floyd did and make bad choices like mouthing off and resisting the cops, be cool, live to breathe another day....

The cop who did this killed him for sure, knees on necks is not anything you do to anyone unless you want to kill them...

Oh, and de-funding the police....?   Yep, great idea, who suffers first...?  It will be the inner city folks, black folks first in line, unarmed and vulnerable to thieves.  They will be prayed on by the criminal element living among them.

That's like saying the rape victim deserved the attack because she was wearing a sexy short skirt.

Chris, personal responsibility used to be a standard in society. Your actions have direct consequences.

So yes Vinny, like most every interaction with law enforcement, the results are dictated by the citizens.

Comply and everyone stays safe.

That's like saying the rape victim deserved the attack because she was wearing a sexy short skirt.

Nope, not at all.  The 800 pound Gorilla in the room that no one will mention is the fact that there is a distinct difference how many black folks interact (mouth off, resist) with the police than many other non black folks (here is where you call me racist but I am actually correct).  Just watch the countless videos on the web.  This fact is never discussed on the news nor here because you will immediately be branded as a racist.  I think I will do multiple illegal drugs today, try to pass off a fake $20, then I will resist and mouth off to the police who catch me.  Yep, a long line of bad choices....   Not to mention George Floyd was in his late 40's and still doing Meth.   I see him as an idiot and a fool, many see him as a hero and a martyr....   Chris

All our "leaders" are always saying we "need to have a discussion" about race in America  What that usually means is they want to talk and have you listen and tell you that you are racist. In an effort to actually have a discussion, here are my thoughts. Ironically, those calling for discussion would probably try to get me fired for daring to speak MY truth (rip Grant Napier)  Thankfully, I don't have to worry about that.

The WSJ had a great article the other day about "systemic racism" (or lack thereof) in the police.  Really makes an HONEST person question the whole premise of BLM.  I am not saying racism doesn't exist or that there aren't bad and even racist cops, but the FACTS are that cops killing unarmed men of all colors is down significantly from only 5 years ago.

Another thing never discussed is the BEHAVIORS that lead to getting shot by the cops.  If you are living the "thug life",  you will have interactions with the police at some point.  If you are combative, disrespectful, resistant and generally act a fool, your odds of a negative police experience go way up.

No one ever asks why black men are only 6.5% of the population but account for 50% of murders (mostly other black men) and 60% or the robberies. Do you think BEHAVIOR might have something to do with  RESULTS?   A cop is 18.5 times more likely to be killed by a black man than vice versa.

So why is the PERCEPTION that cops are killing black men in huge numbers?  Media is the driving force, but there are other bad actors trying to capitalize on the manufactured hostility. Ever read BLM's manifesto? I'm sure most folks haven't or they wouldn't have near the support.  Again, a failure of the media.

Know why I have ZERO fear of getting shot by police?  First, I dont BEHAVE in a way that encourages police involvement (drugs, theft, etc), and second, IF I ever encounter police, I am always polite, compliant and respectful....regardless of the cops attitude.  I used to get pulled over about once a week when  had my musclecar.

Had my car searched frequently.

Had it towed from in front of my house by a jackass cop who really didn't like me.

Been threatened with having carpet confiscated because I was cutting it in the street. I even had cones up.

Had my car searched and MY documents ran when I reported my car had been broken into and items stolen.

Was given the third degree as if I were guilty when I reported a car going over the edge of a mountain road.

And yet, during it all, I was ALWAYS polite, even when dealing with jackasses.  Know how many times I was cuffed? ZERO. How many times I got a ticket? ZERO, other than stupid fix it (license plate light).  Were the cops unreasonable? Often times YES!  But my REACTIONS were completely non aggressive and compliant.  Watch live pd sometime and see how many people talk their way into jail when the cop is doing every thing they can to avoid that.

You have black senators, congressmen and senior administration staff. We had a black president, and AG and have a black SCOTUS member. We have black Mayors, police chiefs, teachers and other high ranking officials.  HOW is that systemic racism?  You show me an INDIVIDUAL circumstance of racism and I will stand by you to fight it. But there is no SYSTEMIC racism in America.

Can Americans do better? Absolutely! But to say or even imply that the black experience is getting worse is total bullcrap. Just in my lifetime, there have been TREMENDOUS strides towards equality.  America may not be perfect, but despite what the media tells you, we are getting better. At some point, people have to take responsibility for their attitudes and efforts.  Attitude and effort will overcome tremendous disparities in opportunity, or conversely, will remove those same opportunities. Which attitudes will black america embrace? The ones of self reliance and opportunity, or the ones of victimhood and oppression?  What kind of effort are they willing to make to improve their cultural norms? Embrace hard work with long term goals? Take fatherhood seriously? Embrace education and family structure? Show respect for society?  Any of those CULTURAL changes would go far towards SOCIETAL changes.  As for the riots...

I don't care what race someone is...IF THEY EMBRACE the same cultural values I do. I.e. Work hard, contribute to society, raise a family, help those that need it and try to DO GOOD in the world.  Those people are people I can respect. Respect is EARNED, not given due to threat of violence.  Those that disdain my values, I have no use for in my life. They are free to diminish their own life, but they are NOT free to destroy society without repercussion.  You want to protest something? Go right ahead. That is your right. You want to shut down freeways, beat people on the street, throw bottles and bricks, burn cars and buildings, loot stores and destroy neighborhoods? Then you should be rounded up and sent to federal prison for domestic terrorism at a minimum.

And here is a classic on how not to get your arse beat by the police     https://youtu.be/uj0mtxXEGE8 WHAT IF THIS were true?

Ohhh! Good Lord! That was Sunday! 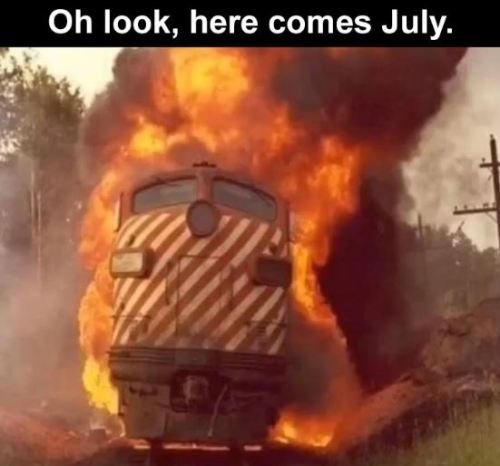 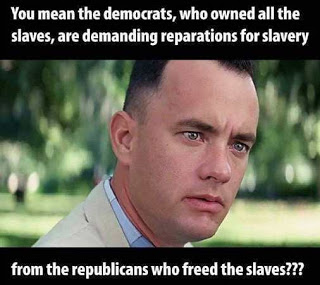